What is Database Management?

A database administrator is an IT professional who works on a firm's databases. Since business is so reliant on databases of information, this is an increasingly important profession. Not only does a database need to be maintained to ensure that it works properly and can be queried but it should also be secure. In fact, firms are constantly being hacked these days. Sometimes the hackers will hold the database for ransom. This can be a dire situation for any firm, though it can have even more life-affecting consequences when this happens to the healthcare industry.

Database administrators also work with their fellow employees to determine who should access which databases, or which portion of the information can be released to which employees. Thus, database administrators structure the databases to reflect the specific needs of their users. They also allocate permissions to users on an individual basis. Where the CEO may have full access to the entire database, an HR specialist may only have access to certain aspects of employee records and no access to client or patient information.

To become a database administrator, students need to learn certain programming languages. SQL and Python are two of the more prominent languages used. SQL, and its offshoots, are vital for creating a database, while Python is very efficient at parsing data. Administrators may also become steeped in cryptography to ensure security for the data and the firm. 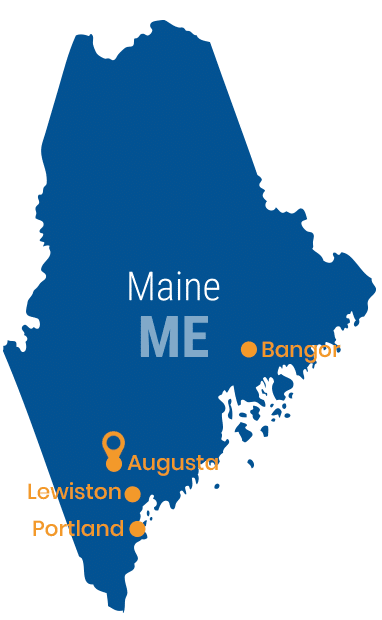 Maine is a state best known for a rugged, picturesque coast, lobsters, and cold winters. It also has a diverse and rich economy that is dominated by real estate, healthcare systems, business services, and manufacturing, to name a few. Given the state's proximity to major hubs of commerce, such as New York City and Boston, Maine benefits from the intellectual and other capital that makes its way north.

To keep their economy growing and innovating, Maine has a robust educational system that starts with its K-12 public schools. Students also enjoy private schools and charter schools, and a Maine public education is hard to beat. After secondary school, students can venture into the state's system of post-secondary institutions. Whether they choose a community college, a small four-year college, one of the state universities, or a private school, students are in for a terrific education.

Since the state needs to keep pace with the rest of the nation and world, Maine has been sure to fund its educational system's STEM classes very well. These courses can benefit every student, especially those that introduce computer science terms and concepts. After all, computers influence nearly every industry in the state. Students starting in high school can begin learning about networks, hardware, and database technologies. Some are even able to start coding in SQL, one of the core database languages.

After a Maine student has completed a database administration degree, they can jump to work for one of the state's top industries. Since Maine offers lower costs in terms of real estate and rentals, some enterprising database administration experts might even launch a database storehouse that can hold data on servers for companies in Boston, Providence, or New York City, among other possible locations.

Associate Degree in Database Management (AS)

After graduation, students can land an entry-level job in an IT department or with IT consultants. They can then get to work earning certifications that they can add to their resumes. In fact, some employers may help them pay for the extra courses and examinations. If not, it’s more common for an employer to offer tuition reimbursement for those who wish to complete a bachelor’s database administration degree.

Most employers prefer to see resumes that boast a bachelor’s database administration degree. A four-year degree indicates that the candidate has done some in-depth study of database technology and is ready to launch into difficult projects. A bachelor’s degree also should indicate a candidate who has loads of fresh ideas to add to any IT department or consulting firm.

Over the course of a four-year bachelor’s database administration degree, students should strive to expand their education with internships. If they need to work while in school, they should try to find work with an IT department. Even administrative work or a low-level support position can prove valuable in the long run.

In order to take one's career as far as possible, a master’s database administration degree is necessary. After two years in a master’s database degree program, students will be ready to take command of database projects, manage IT departments, or work toward becoming consultants in the business. In fact, database professionals should consider adding an MBA to their resumes in order to cement their expert status.

A doctorate in database administration is more likely to be found under the rubric of a doctorate in information technology. Nevertheless, this level of scholarship is sure to be highly regarded in the IT community. Database professionals may want to specialize in a niche such as cyber security, cryptography, or database architecture to make their careers really soar. Students may even consider focusing on a related field such as computer science, mathematics, or data science.

Graduates with a PhD in IT can apply their degrees towards researching new approaches to database technology. They could work on projects that use burgeoning technology, such as blockchain and smart contracts, to solve problems or create industry disrupting approaches. In fact, many doctoral theses find their way into corporate America. Since these ideas can be so valuable, many doctorate students decide to enter the world of business before they have a chance to write and defend their doctoral thesis.

Become a Database Manager in Maine

To get started, most aspiring database professionals begin their career as curious youngsters. They may have a love of computing and the internet which prompts them to investigate how the machines and networks actually function. These people often have strong mathematical abilities and an interest in all sorts of technology. In school they may be found taking advanced math and science courses.

Those who have a STEM-focused high school should apply and work on computer courses as much as possible. These schools may be difficult to gain admission to, but those who are driven by a passion for technology will impress the admission counselors. Those who work hard and graduate from a STEM high school are sure to have an advantage when it comes to applying to colleges and universities. This is because college admissions offices love seeing a determined candidate.

During college, students who are interested in databases should consider advancing their knowledge with courses in statistics, cryptography, and cyber security. For those in a four-year bachelor’s database administration degree program, it will be wise to find internships to help build experience. Those who need to work should look for part-time positions in an IT department or IT consulting firm.

After graduation, or even during semester breaks, students should look into expanding their knowledge with online courses. Seek out courses in database languages such as SQL or its offshoots. There are many free or very affordable options that can lead to a respected certification. These added credentials will help when it comes time to seek an entry-level position.