BA vs. BS Which
Degree is Better? 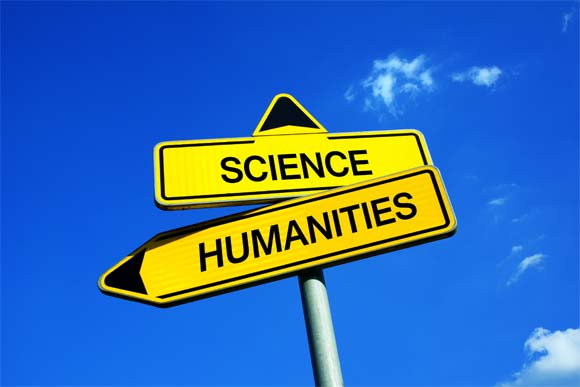 Incoming college students are usually so preoccupied with selecting a major field of study that they overlook another important academic decision: whether to pursue a Bachelor of Arts (BA) or Bachelor of Science (BS) degree. While some institutions offer predominately one or the other, many schools allow students to choose between the two. When deciding the right course for your future, you should carefully consider long-term academic and professional goals. Your aspirations will directly impact which option will serve you best. However, some disciplines only have one type of program, in which cases students should seek the degree type most appropriate for their future careers.

What is the Difference Between a BA and BS Program?

Bachelor of Arts (BA) and Bachelor of Science (BS) degrees differ in a few key ways, but the primary variance that impacts students most is focus. While BA students generally take courses that focus on the humanities and arts, Bachelor of Science students will enroll in more math and science-related classes. A liberal arts education offers a lot for individuals interested in philosophy, literature, history, social sciences, art, and foreign language study. math and science coursework may also be required, but only to a limited degree. Vocational or technical education, however, deals much more strictly with actionable, data-driven processes and research.

This difference is significant, as it can dictate your ultimate career path. Psychology majors, for example, with a BA degree are more likely to become counselors, whereas psychology majors with a BS degree will find work in behavioral research. While both degrees technically prepare students for further education, BS students will have more experience with the statistics and research methods necessary to earn a PhD in psychology.

As a result, BS students tend to have far fewer opportunities to explore topics outside of their majors. The goal of a BA degree, on the other hand, is to encourage exposure to multiple facets of the academic world.

BS degrees are often offered in technical and scientific areas, such as:

BA degrees are often offered in various liberal arts areas, such as:

It’s important to note that both degree types have the same graduation requirements. Whether you choose to enroll in a BA or BS program, you will have to complete approximately 120 credit hours of coursework, which equates to about 40 classes.

As previously mentioned, there are some disciplines that offer both BA and BS degree options. Some of the best examples of this are psychology, accounting, and business major programs. If you are interested in one of these fields, then it’s likely that you will need to choose between the two options.

While the BA experience may be broader in scope, opting for this degree type may not change your experience too much. In most cases, BA and BS degree programs consist of the same core classes. This means the majority of coursework will actually be identical.

The difference primarily comes into play when selecting classes beyond the core curriculum. Those working towards a BA degree, for example, must complete major core classes in addition to earning elective credits in English, social sciences, and foreign language. BS students, on the other hand, will have fewer electives and less flexibility so the majority of coursework is directly linked to the field of study.

Do Employers Prefer a BS or BA Degree?

Degree partialities largely depend on discipline standards. Some professions expect employees to hold a BS instead of a BA, while others give preference to BA graduates. Company-wide perspectives, as well as the individual perceptions of hiring managers, can also have an impact. While researching your prospective field can help you make the best decision possible, it’s not uncommon to cross paths with professionals with opposite viewpoints. Fortunately, job candidates often have an opportunity to highlight how their degree choices can benefit their work performance either way during the interview process.

There are a few additional aspects worth considering, however. According to Emolument, a global provider of crowdsourced pay data, BS graduates tend to earn more money during the first 10 years of their careers. This is because technical skills are in high demand. In this early stage, the gap can be quite significant, with those with BS degrees making as much as 17% more than those with BA degrees.

The trend changes drastically later, however, with BS degree-holders making less than BA graduates later in their careers. This change is largely attributed to the fact that most higher-paid positions are in administration, management, and strategy. Professionals with these jobs depend less on technical knowledge and more on abilities commonly honed during a BA degree program such as communication, interpersonal skills, leadership, and critical thinking.

That said, BS graduates do tend to enjoy more employability. Those with BS degrees often work in high-demand fields, so it’s not uncommon for them to find jobs right away. The process can take longer for BA graduates, especially if they are competing for positions in disciplines that are already overly saturated with applicants.

Ultimately, the reputation of the college or university you graduate from will likely be more significant than your degree type.

There are several subjects that can be taught in a BA or BS format.

While every college and university is different, some of the most common fields impacted by this include:

For most of these majors, BA programs will place a greater focus on theory, while the BS programs provide more practical training.

Generally, your choice between the two options comes down to your future career goals as well as your personal preference. If you are interested in one of these fields, spend time researching employment standards before finalizing your enrollment. Additionally, you can compare the two core curriculums to determine which courses are required under each designation. This can make a huge different if there are specific classes you want or do not want to take.

Most colleges and universities do a good job providing detailed information regarding how their BA and BS programs differ. Many even provide a list of common employment opportunities available after graduation to help make the decision easier.

Which One Should You Choose?

Both BA and BS degrees are credible and offer exceptional opportunities for graduates, assisting them in accomplishing their academic and career goals. Either will qualify you for employment and help you stand out as a viable candidate. This means that, ultimately, the decision comes down to your personal preference.

In addition to considering your career goals, it’s also smart to keep your own academic strengths in mind. What kind of classes do you enjoy taking most? Are there areas you struggle with? Common requirements for a BA degree include credits in foreign language, English, humanities, and liberal arts, whereas BS programs generally consist of science-based courses, science labs, information technology, and mathematics. Based on your prior academic experiences, you probably have a good idea which of these class types and subjects will be particularly easy or difficult for you. You can set yourself up for success by choosing the degree that best suits your personal abilities and interests.

Personal growth is also important, however, so it may be beneficial to select the option that will help mold you into the best version of your future self. Consider which skills you wish to develop most and choose the degree type that places emphasis on them. BA degrees tend to hone communication, writing, language, critical thinking, and leadership skills, while BS degrees enhance analytical reasoning, technical know-how, problem-solving, mathematical knowledge, and work habits.