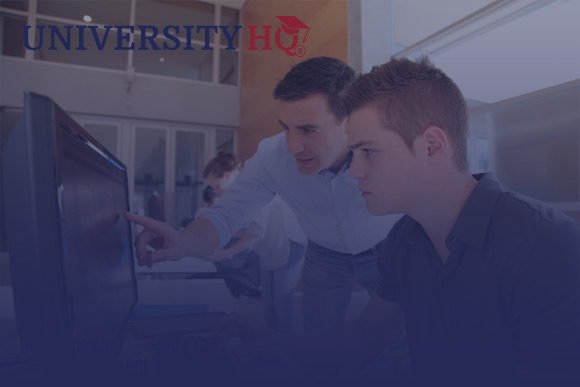 Computer science is a hot field. Since computers have found their way into nearly every aspect of our lives, there is a constant demand to maintain, upgrade, and innovate within these systems. In fact, the march of technological progress does not seem to be slowing at all.

Computer science students can now look forward to finding job opportunities in nearly every possible industry. Even the physical trades are now relying on computer applications for tasks such as inventory management, payroll matters, and modeling large projects in applications similar to CAD. To prepare for this exciting future, computer science degree programs have popped up at the associate, bachelor’s, master's, and doctoral levels. There are even many computer science experts who choose to build their core skill sets by way of online certificate programs that require yearly renewals by way of continuing education.

What Kinds of Computer Science Jobs Are There?

Computer science is a degree that opens up a diverse array of job opportunities. Since computers have a role in nearly every single sort of business, there are endless opportunities. While we primarily think of computer scientists as techies who write computer code, there are many more ways to apply that degree. While some do apply their coding skills, they may do so only as a part of their jobs. For instance, a computer scientist may write Python scripts to parse a huge database, using their mathematical and statistical expertise to make sense of it all.

Others may pursue a career where they research and develop new computer coding languages, work on electrical systems and devices, or focus on topics related to cyber security. Other possibilities include the rapidly growing artificial intelligence space, renewable energy, and the massive gaming industry, which is always looking for new ways to play.

Computer scientists can find work in a wide variety of environments. While nearly every worker in this industry works on a computer terminal, some may work from home and others in an office building. There are even coders who work as so-called digital nomads, globetrotters who inhabit more affordable towns in, say Vietnam, while sending their code to clients who can be anywhere a network connection is available.

Computer science jobs naturally will require a high level of computing skill. This is likely to include in-depth knowledge of, and experience with, computer programming languages. The exact languages may vary from job to job. Data scientists may need to rely on Python and R while web developers may need Java, PHP, and JavaScript, for starters. Indeed, many jobs to ask for multiple jobs with one being the primary concern.

Computer science jobs may also require skills that are specific to the business and its industry. For example, coders who work for solar energy companies may need experience with or knowledge of electrical engineering, including intimate knowledge of battery technologies. Computer scientists who work on electric vehicles need knowledge of things like battery storage systems and the physical dynamics of a vehicle in motion.

Given the incredibly wide array of skills that are available for a computer scientist to learn, a bachelor’s or even master's computer science degree may not cover them all. However, an academic background is the perfect foundation for later learning. To then specialize in certain languages or technologies, computer scientists often turn to certifications to attest to their specialty areas.

A bachelor’s computer science degree is often considered the baseline degree for most high-technology careers. However, that is not necessarily true. Many students who hold an associate computer science degree are able to pursue very successful careers. In fact, many certifications are available regardless of one's formal, academic education. Some jobs will not prefer applicants with a bachelor’s or associate degree but will instead focus on their certifications. After all, it's the certification that focuses one's abilities to a specific skill set.

For many years, the field was full of self-taught computer whizzes who often had little more than a high school diploma. These days, that ethic is still pervasive because many managers want to see a person's individual approach to coding rather than a regurgitation of textbook methods. Luckily, there are innumerable opportunities to learn from verified online outlets, as well as shelves of books available in any local library.

As in many fields, computer scientists are rewarded according to their experience level. Those who write code learn new ways to code that accommodate certain needs and hardware systems. Even knowledge of older tech can be of great use when writing new applications. That is, a computer scientist with such historical knowledge will know what sorts of problems are likely to arise and what end-users have needed, historically. Additionally, as these older systems fall out of favor, those who can troubleshoot older systems or coding applications are rarer and can earn quite a bit if that expertise becomes necessary.

Along with experience, every computer scientist will benefit from continuing education. This is easily taken care of when they earn a certification. Certifications often require renewal every year or two. To keep up with the requirements, certificate holders need to continually study up on that specific language or technology. Thus, employers understand that when a resume reflects many years of certification the candidate has been constantly refreshing their knowledge and skill to meet new demands.

When a person takes their hard-won skills and is able to gain experience implementing them, future employers take notice. It can even be a benefit to learn programming and other skills outside of a university because those do-it-yourselfers often discover unique and more efficient ways to work with code. Further, they've also demonstrated a real passion for the field. They haven't simply followed a set curriculum but have forged an independent path that is mostly rewarded by personal passion and satisfaction.

A bachelor’s computer science degree is often considered the minimum standard for this and many other fields. A full four-year degree helps students learn a wide range of skills, including soft skills that are helpful in managerial positions. A bachelor’s degree is also a required credential for a master's degree, as well as many certificates. Thus, employers view candidates with a bachelor’s degree as having more promise and potential for the long-haul.

In fact, many can pursue a career path that avoids any further formal, academic training. This is because the right certificates can supplant some academic studies. Since it's necessary to continually update one's knowledge and skills to maintain a certificate, computer science professionals who hold a certificate for several years thus demonstrate that they are current with the technologies they work in.

How Many Jobs Are Available in this Sector? What’s the Outlook?

On the whole, computer science jobs are in high demand. Technology continues to evolve at lightning speed, which necessitates that employers continually train and re-train their staff, while also taking on new hires to handle even newer technologies. Database administrators and architects, for instance, are slated to grow as a field by 9% through 2031.

Other fields, such as information security, also known as cyber security, are growing even faster. The US Bureau of Labor Statistics (BLS) notes that information security analysts are in high demand and their field will expand by a staggering 35% through 2031. While the BLS does note that InfoSec jobs often require a bachelor’s degree, they also note that some hiring managers prefer those with certifications that attest to their cyber security skills.

Students who are interested in computer science will be well served by evaluating what industries are on the rise before embarking on a degree or certification course. For instance, skills related to electrical vehicles, sustainable energy, and battery technology are sure to be in high demand in the future. Other opportunities may also arise in areas such as artificial intelligence, quantum computing, and nanotechnology.