What are the Ivy League Universities? 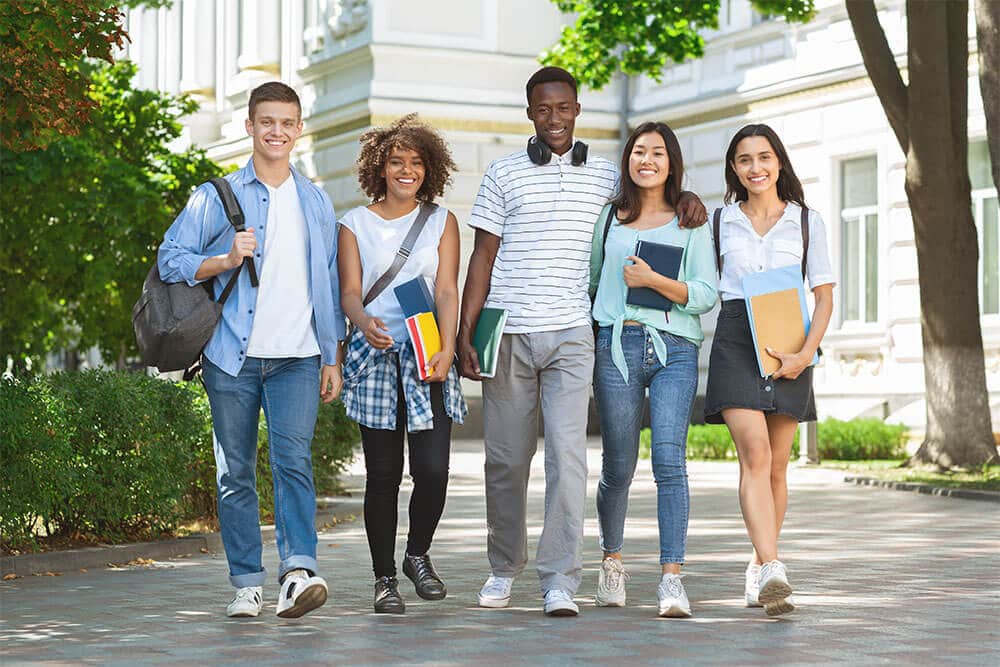 Are you considering applying to an Ivy League school? Widely perceived as the most prestigious higher education institutions in the United States, Ivy League schools are highly respected within the academic world. Most are located in the Northeastern part of the country and are extremely well-funded, with the majority receiving millions of dollars in federal and state government grants and other subsidies each year.

Home to many renowned and well-respected professors, these private colleges and universities provide students with superior academic experiences and promising career opportunities. Graduates have gone on to become presidents, Supreme Court justices, Olympic medalists, and Nobel Prize winners. Admission is also exceedingly competitive, however, with more students submitting applications each year than can be accepted.

Which Universities are Considered Ivy League?

There are currently eight Ivy League schools in the United States:

It’s also worth mentioning, however, that there are several other elite institutions sometimes associated with the Ivy League schools. Often referred to as the Little Ivies, these liberal arts colleges are much smaller but are known to provide rigorous academic programs similar to their larger counterparts. These options are still prestigious, but the learning environments tend to be more intimate.

The Little Ivies include:

How Did They Start?

While all of the Ivy League schools are known to have high admission standards and exceptional educational programs, the group’s forming actually had nothing to do with academics. In fact, the title was bestowed because the institutions are all part of the same collegiate athletic conference. Over time, the various teams attracted significant attention and funding, which prompted the institutions to make the academic programs and expectations increasingly more demanding and rigorous.

It’s important to realize, however, that each of the eight Ivy League schools have long and rich histories that span back as far as 1636. This is when Harvard University was first established, making it the oldest institution of higher education in the nation. Its library system is also home to the oldest national collection and largest private collection of books in the world.

Each school has a unique story that helps to inform their academic, athletic, and extracurricular pursuits today. Research each one thoroughly to discover what makes them special before submitting your application.

Why Are the Ivies Such a Big Deal?

University endowments consist of donated money and assets, with charitable donations functioning as the primary funding source. These funds are intended to support a variety of higher education cornerstone components including teaching, research, and public service missions.

They serve as an important source of revenue for many institutions, as most colleges and universities utilize low-risk, long-term investment strategies and guidelines to garner financial returns that help fund essentials. The result is that the income from investing often covers a significant portion of the schools’ operating costs. Some colleges and universities pool together their endowments to improve investing opportunities. Academic institutions may also create additional endowments intended for specific purposes, such as scholarship, fellowships, or professorships.

Values adjust yearly based on the market and expenses, but Ivy League colleges and universities had combined endowments of over $140 billion in 2019. While all Ivy League schools have healthy endowments, Harvard University boasts the largest one. Sitting at roughly $38 billion in 2020, Harvard’s endowment has been known to reach above $40 billion at times. This is significant and allows the institution to easily achieve many of its financial pursuits.

An institution’s reputation is often highly influential for students when comparing options. As a result, colleges and universities are often ranked against each other. Rankings commonly take into consideration a number of factors. The U.S. News & World Report Best Colleges rankings, for example, are measured by 17 academic qualities:

The U.S. News & World Report’s 2021 Best National University Rankings include a total of 388 schools. All of the Ivy League schools ranked within the top 20 institutions, with Princeton University, Harvard University, and Columbia University claiming the top three spots in the list.

Ivy League schools tend to cost significantly more than many other higher education options. For the 2019-2020 academic year, the average cost for tuition and fees at Ivy League institutions was $56,425. This is well above the 2020-2021 academic year averages reported by U.S. News & World Report, which were $41,411 at private colleges and $11,171 for state residents at public colleges.

Expensive tuition and fees like these can make it difficult for many students to afford enrollment at Ivy League schools. Many institutions do, however, try to supplement costs where possible. The colleges and universities with large endowments, for example, are often able to offer extensive scholarship opportunities to those who qualify. This, coupled with other financial aid options, can make it possible for individuals from limited means to apply and thrive in an Ivy League academic setting.

Harvard University has the lowest acceptance rate, with only 4.9% of applicants accepted. Of the 40,248 applications received in 2020, only 1,980 students were welcomed into the class of 2024. While more students typically apply to Harvard University than the other Ivy League schools, application submission declined by 7% in 2020. As a result, the University of Pennsylvania, with an acceptance rate of 8.1%, had the highest number of applicants for the class of 2024.

Dartmouth College had the best acceptance rate among the Ivy Leagues, with 8.8% of applicants accepted. The institution sent acceptance letters to 1,881 of the 21,394 students who applied for the 2020-2021 academic year. About 27% of those selected for admittance were valedictorians or salutatorians in high school.

Ivy League schools often produce an air of exclusivity. This is due, in large part, to many of the factors mentioned above. Large endowments, nationally recognized reputations, expensive tuition and fees, and extremely low acceptance rates all contribute to the sense that these colleges and universities are out of reach for many students.

Additionally, applicants are often expected to:

Because Ivy League schools are so exclusive, students who are accepted should feel very accomplished. Even if personal or financial constraints prevent attendance, receiving an acceptance letter from any of these colleges or universities is a significant achievement. Those who graduate top of their class at an Ivy League institution should feel particularly proud of their successes.

What’s the Point of Attending an Ivy League School?

While Ivy League schools are designated such due to their athletic affiliation and not their dedication to educational pursuits, these colleges and universities still have a significant place in higher education. Today, these institutions are known as much or more for their academic prestige and famous alumni than they are for their sports teams.

Is it worth attending one of these schools, however?

Those who attend an Ivy League college or university will have access to some of the best networking opportunities available to students. Large endowments also mean students will have nearly unlimited resources available on campus. These school names carry weight and can make a huge difference during the job application process. Further, graduates from Ivy League schools tend to earn higher salaries than graduates from other institutions, likely due to the combination of all these factors.

Ultimately, the answer to this question will depend on your interests, professional goals, and Ivy League buy-in. Admittance is difficult and attendance is costly, but graduates get to tell loved ones and prospective employers that they have degrees from one of the most prestigious institutions in the country.