How to Become a Database Administrator in California

What is Database Administration?

California is one of the largest states in the United States. In fact, their economy is one of the largest in the world and it dwarfs that of many countries. The state's diverse landscape and population has resulted in terrific innovation in many areas, but technology is one of the most prevalent. Though we may think of film and television as California's primary export, there would hardly be a tech revolution without the pioneers in Silicon Valley

Thus, the state is perhaps one of the best choices for students who wish to pursue a tech career. This includes database administration, software development, and cyber security, to name a few. The state university system has naturally addressed this issue and so California's institutions of higher learning all clamor to have the best computer science or information technology programs. In fact, UCLA and Stanford boast the programs that launched the internet.

For students who intend to stay in California, they are sure to find loads of terrific opportunities. While the information sector is the fourth largest industry in the Golden State, nearly all of their top industries are database-centric. While the top industry in California is real estate, which might not seem tech-heavy, it's important to note that every real estate database must be efficient and reliable at all times.

Californians who want to be a part of building, maintaining, and protecting the state's valuable data troves should consider earning a degree in the field. Not only does the state boast some of the nation's best four-year colleges and universities, the state is also among the leaders in community college education. Consider that a community college in or near the Bay Area might feature information technology instructors who are retired from Silicon Valley jobs where they worked on the industry's cutting-edge designs.

This page is designed to help aspiring tech professionals learn more about degrees in database administration. Here, they will learn what it takes to succeed, whether in the field or in the classroom. In fact, any student or mid-career professional is invited to take a look. Exploring one's options is always a worthwhile endeavor. 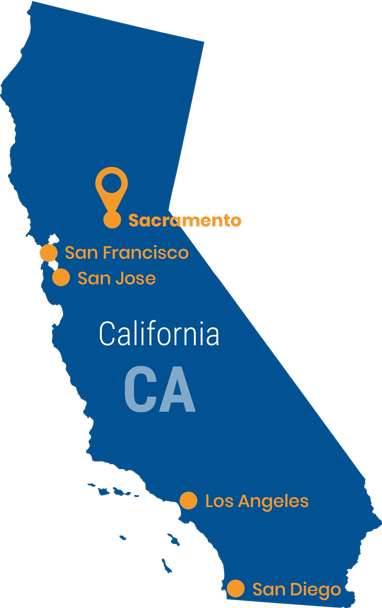 A bachelor’s degree in database administration is perhaps the ideal launchpad for an information technology career. The best four-year colleges and universities in California are able to offer more courses that let students dive deeper into the subject matter. Bachelor's degree students can also add minor fields of study or even double majors on top of their database administration curriculum.

For instance, some may choose more of a data science track and then take more courses in the computer science department. Others may prefer a business focus and they can take courses in management information systems, business administration, or accounting. Not only does a bachelor’s degree offer more pure academic opportunities but students can also pursue more experiential learning opportunities.

Another popular graduate degree for database administration professionals is an MBA. This option is great for those who have their sights set on upper management and the C-suites. When a student opts for an MBA with a database administration concentration, they not only have a terrific understanding of business, but their technical expertise is further enhanced. With an MBA, database managers may set their sights on becoming a chief information officer.

A doctoral degree in database administration is a highly valued asset in the IT world. This level of academic achievement indicates a deep knowledge of database technology perhaps including the ability to work with Big Data, cyber security technologies, and more. Since every business relies on its database professionals to keep their records safe and easy to access, they are keen to find a PhD level employee who can help them achieve their long-term business goals.

Professionals who earn a PhD in database management often pursue high-level jobs in research. They might also apply their cutting-edge knowledge to work in disruptive start-ups that have the most innovative approaches to data structures or cyber security, for instance.

A PhD also opens up the possibility of teaching at the college or university level. While they can teach with a master’s degree, a PhD allows database professionals to earn tenure and even teach graduate students.

Become a Database Administrator in California

California is virtually the home of the modern technological era. The internet was born out of experiments between UCLA and Stanford, and today's Silicon Valley is home to tech giants such as Apple and Google. Thus, many students in the Golden State have set their sights on technology as a career choice. Those who wish to become database managers are sure to find many opportunities but first they must prepare for their profession.

Aspiring database administration professionals first have to recognize a proclivity for technology and computing. This fascination should go past simply playing games and tapping apps on a phone. True database professionals often find that they are logical people with strong math skills. They may also be the sort of person to build their own computers or even take online courses to learn various computer programming languages such as SQL, Python, C, or C++.

During high school, tech savvy students should seek out elective courses in computer programming, information technology, or electronics. Some may have access to STEM high schools that will help put them on a track for long-term success. This sort of background will be useful on college applications and will be helpful especially for students who apply to technical colleges or universities.

While an associate degree is a great option, students should set their sights on a bachelor’s degree. Those who attend one of California's many terrific community colleges will not only receive a great preliminary education but those first two college years will be more affordable than a four-year college or university. Those who do complete an associate degree in database administration should consider taking a year or so to build a bit of experience in the field. This added experience will be helpful when applying to a four-year college or university.

During the remainder of one's college degree, students should seek a complimentary minor that will round their education. Database administration students might choose mathematics, computer science, or business administration for their complimentary course of study. Students should review their choices here carefully with an eye to later specialization. That is, those who minor in mathematics or computer science may take a more strictly technological path in their career. Those who opt for a few business courses might see themselves in more of a management role in the long run.

Finally, students who are seeking a database administration degree should be sure to pursue internships. These experiential learning opportunities can provide valuable insights into what it really takes to thrive in the field. Many internship programs feature complex projects that help students apply their knowledge and skill sets to real-world problems. Not only does this reflect well in the classroom but those accomplishments will result in stellar resume material.