How to Become an Accountant or CPA in Maryland

The time it takes to become Certified Public Accountants (CPAs) means that candidates require diligence and attention to detail, and in Maryland it is no different. A strict college education in an accounting program, courses covering legal responsibilities to general public accounting and auditing theory, four additional exams for which you must study and pass, and licensure requirements including a certain number of professional development or college courses to maintain your license; the requirements a CPA must meet make earning your CPA quite a distinction.

An accounting function is essential to almost all businesses. A small firm may have a bookkeeper or accountant handling the task, while an organization with a large finance department may have dozens of employees handling the process. In order to make informed business decisions, various streams of accounting, such as cost accounting and managerial accounting, generate numerous reports. 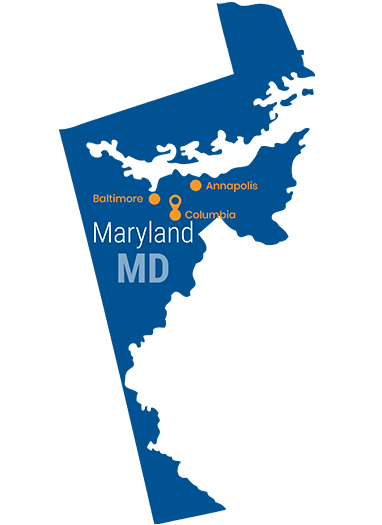 Online Associate Degree in Accounting (AS)

A bachelor’s degree in accounting generally consists of 120 credit hours and provides an understanding of introductory, intermediate, and advanced accounting concepts. Graduates are usually qualified to apply for entry-level and mid-level employment within the field.

A doctoral degree in accounting consists of between 90 and 120 credit hours and is often research-intensive. Graduates may be qualified for work in top positions such as professors, CFOs, researchers, managers, and government policymakers.

Online programs in accounting vary in length and difficulty depending on the degree level sought. Graduates from properly accredited programs can expect to find employment comparable to the degrees earned.


In order to maintain your CPA license in Maryland, continuing education (CE) courses are required.

Within each two-year renewal period, you must:

Become an Accountant in Maryland


To qualify for a CPA license in Maryland, you are required to work professionally in a government, academic, public practice, or industry position for at least one year (2,000 hours). You’ll need to complete this requirement within three years of applying for licensure. Your experience must be supervised by a current CPA and needs to include accounting, attest, management advisory, financial advisory, tax, or consulting services on site in an office or department.

As proof of your work experience, you will need to submit a Report of Practical Work Experience (RPE). You are responsible for completing sections I and III, while your supervising CPA and endorser should complete section II.

The form must then be sent to the following address:

Find Your Online Program for Accounting

Getting Your CPA License in Maryland

Maryland may be a small state, but its accountants are among the top earners in their profession. In 2014, the Bureau of Labor Statistics showed that Maryland accountants had the fourth highest salaries in the nation. Though the state's growth rate trails the national average, their 8.5% rate translates into 1,033 new accounting jobs yearly. Salaries are also on the rise. In 2015, the median salary for accountants was $72,951. In 2017, the BLS showed that accountants were claiming a mean salary of $80,930, with the top 10 percent taking home $124,320 in pre-bonus earnings. With stunning numbers like this, and a fantastic geographical location, Maryland is a perfect state for an accountancy career to flourish.

Does Maryland have many accounting jobs available?

According to data provided by the Bureau of Labor and Statistics, the state of Maryland had 24,540 jobs for accounting professionals in 2019. The mass majority of these positions were located in the Baltimore, Columbia, and Towson areas. Non-metropolitan regions have significantly fewer opportunities than in bigger cities.

How much can you earn with an accounting degree in Maryland?

Salaries will vary based on an individual’s level of education, years of professional experience, certifications, and job title but the average annual wage for accountants throughout the state was $81,920 in 2019. The cities with the highest reported mean wage were Baltimore, Columbia, and Towson.

Which Maryland accounting programs are accredited by the Association to Advance Collegiate Schools of Business (AACSB)?

The most prestigious accounting programs are usually accredited by the Association to Advance Collegiate Schools of Business (AACSB). This is widely considered one of the best accrediting agencies due to its rigorous accreditation process.

The following Maryland institutions have programs accredited by the AACSB: