How to Become an Early Childhood Education Teacher in Ohio

The state of education in Ohio will provide a high level of early childhood education opportunities. Ohio has a mid-western mix of farmland, industrial hubs, and large urban centers in Cincinnati, Cleveland, Akron, and Columbus. Overall Ohio’s state education system ranks above the national averages in key indicators. Some surveys rate it in about the top 20% of state systems. The state got a top rating for its educational standards, accountability, and assessments. The same surveys point to strengths and weaknesses, and Ohio is working to improve in creating a strong corps of teaching professionals by carrying out a program to increase the numbers of teachers and incentives.

Ohio ranks average to above average in all categories except early childhood education. Ohio does not rank as well in Early Childhood education as in nearly every other category. About 2% of Ohio’s eligible children get early childhood education, such as preschool care, and education prior to attending public kindergarten or private schools. The Ohio rate of participation was the lowest reported rate in the survey by the Rutgers University’s National Institute for Early Education Research. With its renewed energy and focus on early education, Ohio is a state that can offer a large amount of early education career opportunities. 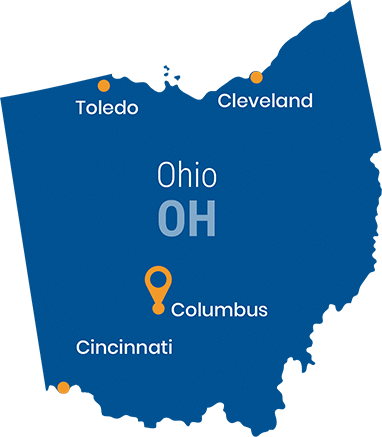 Steps to Become an Early Childhood Education Teacher in Ohio

Ohio has several methods for becoming a preschool teacher including out-of-state licenses, out-of-state graduates, and temporary licenses. The primary method is to attend colleges or universities that have Ohio State Department of Education authority to offer a teacher preparation curriculum. Those that do not attend Ohio approved teacher preparation schools can sit for the Intensive Pedagogical Training Institute curriculum and qualify for the licensing procedure.

Ohio’s Department of Education has an extensive set of rules and requirements for the various ways to get a teaching license. The categories of applicants include graduates of non-state approved Ohio programs, graduates of state-approved programs from other states, and two-year degrees for preschool only.

The state has a high level of concern for the education and well-being of its youngest learners. This policy reflects the view of nearly every state; most strive to have much higher rates of early childhood participation. Ohio has embarked on an effort to raise participation in Head Start and all other types of early education. Students interested in teaching in Ohio will likely find ample opportunities in public schools, private institutions, and pre-k facilities.

The Ohio branch of the NAEYC is a leader among the many advocates for early childhood education in Ohio, and Cincinnati is a perfect example of the upward trend in the state. The Queen City developed the Community Learning Center approach and uses its local schools as hubs for parent and school involvement. CLCs are an ideal vehicle for families and schools to work together on Pre-K level children. Ohio is on the move towards improving early childhood education participation, and it will need highly trained teachers if it’s going to succeed.

The state requires each teacher to take and pass an Assessment and Proof of Knowledge test. The state requires this exam once in each teaching career. Teachers may have to take it for each new area of licensure. The below-listed items describe the required exams.

The primary teaching credential is the Ohio Teacher License. Applicants must complete a state-approved teacher preparation course and standardized tests. Applicants that have completed out-of-state approved teacher preparation may still be able to get an Ohio license. Ohio can accept out-of-state credentials if the two states have a reciprocity agreement.

Ohio’s licensing system has several parts with four levels of licensing that start with the new graduate.

Ohio’s highest level of licensing is the Lead Professional Educator License. To qualify for this license, teachers must both meet the requirements for a senior license and have earned a Teacher Leader Endorsement. The Teacher Leader Endorsement requires completion of a leadership curriculum, maintaining a current Master teacher designation, and meeting all requirements for renewal. Alternatively, applicants can submit National Board Certification instead of the portfolio and endorsement.

The Ohio Department of Education Office of Educator Licensure has links to help applicants with out-of-state credentials. Ohio can accept out-of-state licenses and teacher preparation from some states.

Potential Careers and Salaries for Graduates