Best Online Colleges in Alaska for 2023

According to the US Bureau of Labor Statistics, the number of employed Alaskans as of October 2021 was reported to be 349,800. This number has remained relative steady throughout the year. The unemployment rate has also remained similarly steady at around 21,500 unemployed workers in the state. The overall unemployment rate is 6.1%, just under the national unemployment rate of 6.7%. Most industries in Alaska have either seen employment growth or it has remained steady, meaning they have not added nor lost jobs in those industries. The exceptions are in the government, which saw a decrease of 2.6%, professional and business services, which dropped 0.04%, and construction, which decreased by 7.6%, though the latter job losses are most likely due to the inclement weather Alaska endures during the winter. Overall, however, Alaska’s job numbers were 2.8% higher in 2021 than in 2020, but still below the number of jobs added in 2019. Alaska has a shortage of workers in almost every industry.

Financially, Alaskan workers earn more hourly than their counterparts in other parts of the United States. For example, nurses in Alaska make $45.34 per hour, compared to the national average of $38 per hour. The average salary of an Alaskan worker is $34 per hour, which equates to $69,750 annually. 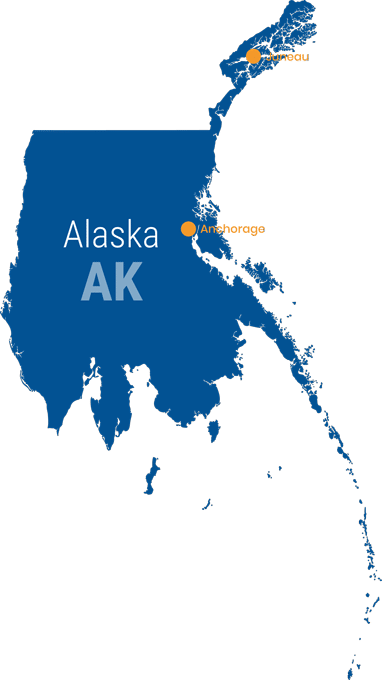 To complete our rankings, we consider the following criteria:

What are the Best Online Associate & Community College Programs in Alaska? 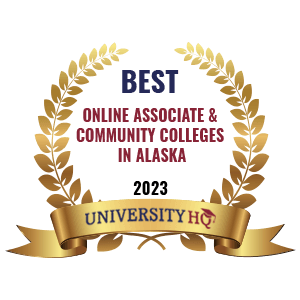 For people considering making career changes or who are ready to further their education, an online program from a community college could be a good investment. Choosing to go online is ideal for those who want to attend school while juggling work and family obligations. And choosing an associate or certificate degree over a bachelor’s degree is a great way for a person to determine if going back to school is right for them, as well as determining the best degree program without sinking a lot of cost into the endeavor. Our rankings only include schools with accredited programs, so if a person decides they want to pursue additional education beyond the certificate or associate degree, many of not all of their credits will transfer to a four-year school or program.

What are the Best Online Universities & College Programs in Alaska? 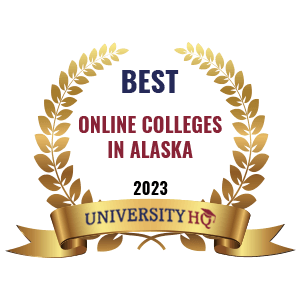 Many students who decide to attend college online do so for specific reasons. They might have family obligations that would make attending classes on campus problematic. Or they might be working full-time and need to attend classes at non-traditional times. Or it could be they just don’t like the idea of going to a brick-and-mortar school for various other reasons, such as the distance from home. Regardless of their motivation, students can attain degrees via online courses in a variety of majors. Our rankings help students choose the right school and online program because we ensure that the program lists are current and we only select schools with fully accredited degrees. Students need only to search for their desired program in Alaska and the rankings will provide the information they need to make an informed decision.