Historically Black Colleges and Universities (HBCUs) are colleges and universities that historically served the African American community. These institutions are unique features of the higher education landscape in the United States. They have served the educational needs of the black community and developed programs, majors, and course offerings that have helped to shape how they are defined today. In 2020, there were 101 HBCUs located in 19 states, the District of Columbia, and the U.S. Virgin Islands. Of the 101 HBCUs, 52 were public institutions and 49 were private nonprofit institutions. Today HBCUs serve students of all races.

While the number of HBCUs in the United States is small, their legacy is widespread. It has produced many of the nation's most successful leaders, including Rev. Martin Luther King Jr., Alice Walker, and Chadwick Boseman. Even though HBCUs comprise only three percent of four-year colleges, they have produced more than 80 percent of the nation's black judges and 50 percent of black doctors. 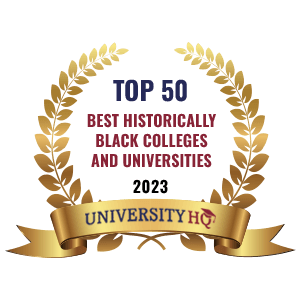 University of the Virgin Islands

University of Arkansas at Pine Bluff

University of the District of Columbia

As an academic authority, University HQ has established its place thanks to their excellent researchers and writers. We provide information and resources about education for students and professionals alike. They can use the site to gain a comprehensive assessment of how their education will affect them in the long run. Students can browse a variety of prestigious colleges and universities without a user account. The site also provides comprehensive information about college and university degrees available at every level of study. Students and professionals can conduct all of their educational research in one place and find out which courses and careers are most appealing to them.

Accreditation is important for students, especially anyone who might later wish to transfer their credit hours into a higher-level degree. Besides accreditation, University HQ ranks colleges and universities based on admission and retention rates, graduation rates, tuition, degrees awarded, online programs, student-to-faculty ratio, net price and more. 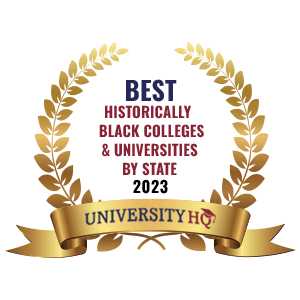 Historically black colleges and universities (HBCUs) are an important part of the higher education landscape. These institutions have been around for generations, with some dating back to the 1860s. In fact, some of the first historically black colleges and universities were founded by African Americans, such as Cheyney University in North Carolina. However, until the early 20th century, they did not have accreditation or the power to offer degrees. One of the first HBCUs to issue degrees was Lincoln University of Pennsylvania, which was founded in 1854 as the Ashmun Institute, but changed its name to its current name in 1910. These historically black colleges and universities are all excellent educational institutions, and many have survived the years of segregation. Their graduates are highly qualified professionals of all ethnicities.

University of Arkansas at Pine Bluff

University of the District of Columbia

Best Degrees to Earn from a HBCU

There are many great reasons to consider attending a Historically Black College or University (HBCU). HBCUs have produced some of the most successful and influential African Americans in history. Today, HBCUs continue to provide an excellent education for their students and prepare them for success in a variety of industries. Here are four of the best degrees that you can earn from an HBCU.